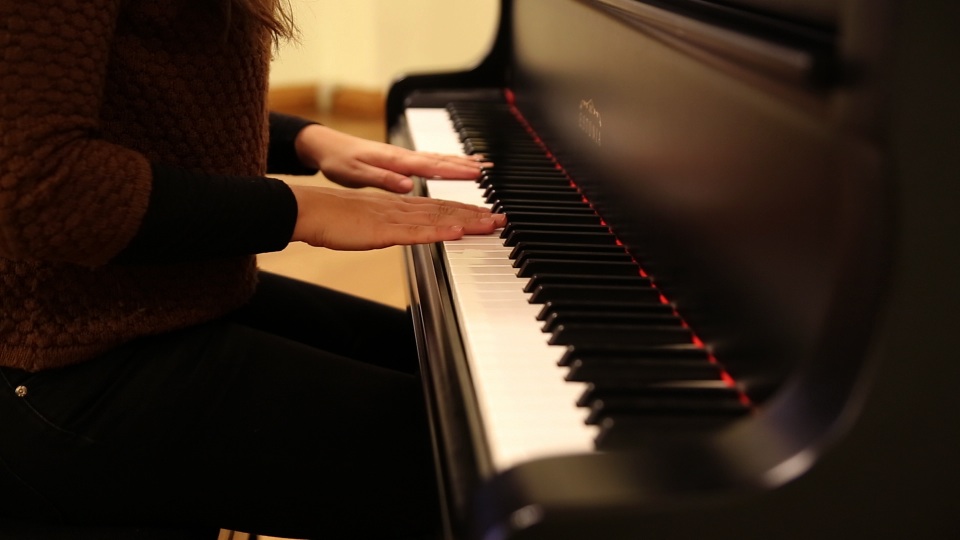 documents/resources
An event by  Anne-Liis Kogan and Ellakajsa Nordström. Silence
You recognize it, but you are still so distant from it that you can’t really feel confident or knowing what you are going to do. After the first time…(hesitates)
I was really happy. I felt empowered somehow. That it’s something that I lost. That I thought I lost
Breathes in
And maybe it’s still lost. And now the second time (mumbles) also going there knowing that I know this much, or that much. I can play some notes, but I won’t be able to…  (brief pause)

I won’t be able to play a full piece. There were people there...and I knew that they were going to listen. The idea of someone listening to what I am playing...it creates...a lot of nervousness, because I know, that I can’t play, but if I’m alone I’m just, rediscovering the sounds…kind of...re...membering...how the archive within my body can remember the movements, and how the fingers should be placed...how they moved on the keys.

Pause
By sharing the process of rediscovering, the act of copying, repeating and adapting is tossed back and forth between two piano players. A fragmented narrative begins to take shape: singular elements are taken out, misplaced and overlapped. The hesitating fingers touches the piano keys, one by one,  and eventually produces a new way of listening.

Anne-Liis Kogan was born in 1984 in Tartu, Estonia. She grew up in Tartu and moved to Bergen in 1997. In the process of moving she lost her piano, which she had been playing from the age of six to the age of eleven. Anne-Liis most often works with video installations based on relational and performative strategies, as well as exploring the notions of identity and community. Her work has been shown in Gävle Konstcentrum, Landmark Bergen Kunsthall and she holds a MFA from Konstfack in Stockholm.

Ellakajsa Nordström was born in Gothenburg, Sweden in 1979, and lived in the UK between 1998 and 2009. She played the piano from the age of nine to the age of fourteen. Her work explores the grey zones of language and consists of close observations of everyday settings, where reenactment, copying and translation produces multilayered, site-specific installations. Ellakajsa holds a BA in Art from Central St Martin’s College of Art and Design and is currently completing an MFA at Oslo Art Academy. Her work has been shown at The Courthauld Institute (UK) and Townhouse Gallery (EG).

Anne-Liis and Ellakajsa also occasionally collaborate in AtwoB, a group consisting of four artists originating from Denmark, Sweden, Estonia/Norway and Japan. The group draws inspiration from their individual, cultural and linguistic backgrounds in order to examine issues surrounding text, vocality, multilingualism and translation, which is often presented as performance.

Anne-Liis's residency at Ptarmigan is part of the Axis of Praxis residency programme (in conjunction with MoKS), supported by Kulturkontakt Nord.