Report from this month's Fake It Till You Make It workshop: On 4 June 2013, a group of individuals came together without prior knowledge of what they would do. The group foraged in the urban environment for nettles, collecting several kilograms, which they then experimented with to make several edible concoctions such as tea, beer, smoothies, and sweet-nettle-sushi. The experiments were followed by clean up and discussion time.

Thanks to Justin for another great session and thanks to Rehab, Ingrid, Taavi and Crystal for participating. 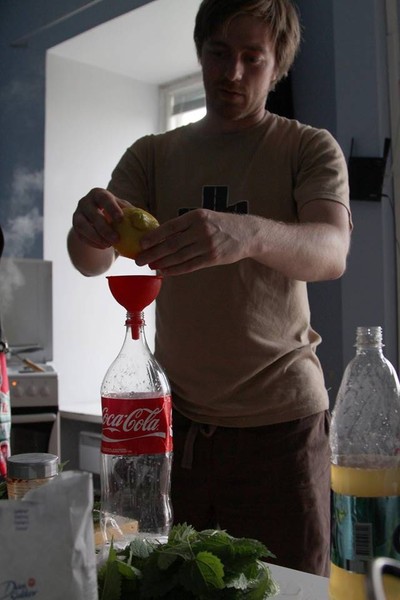