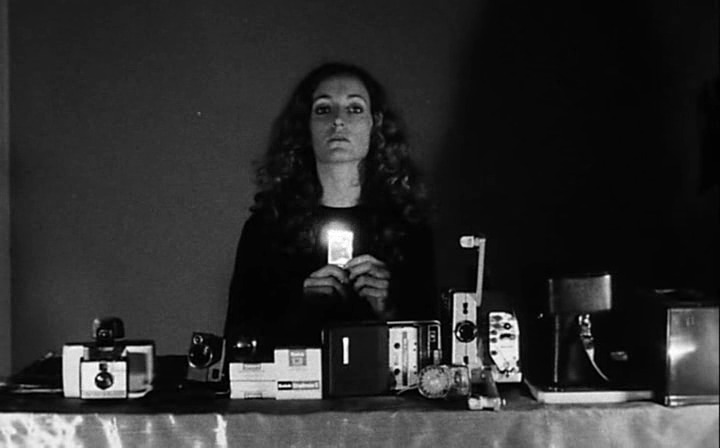 Between 1968 and 1970, Sylvina Boissonnas, a young French heiress and patroness of the arts, financed the production of some fifteen films that would prove highly influential while remaining largely unknown outside of France. Under the banner of “Zanzibar Films” (a name taken from the Maoist island nation in East Africa), a decidely informal collective of about a dozen artists, writers, and students began to make their first films. While the New Wave filmmakers had been in their late twenties and early thirties when they began filmmaking, the Zanzibar directors were younger (Philippe Garrel, one of the key figures, was just twenty) and were inspired by the heady spirit and times of May 1968. These filmmakers quickly became the darlings of Henri Langlois, who often showed their films at the Cinémathèque Française in late-night screenings. Despite their diversity, the Zanzibar films were marked by minimal scripts, the use of nonactors and improvisation, and strong ties to both the art world and the world of fashion. (Several of the Zanzibar participants spent time in Warhol’s Factory in the mid-1960s.) Their films represented the French equivalent of the American underground, and these young cinéastes quickly became the radical dandies of May 1968.   -- KG

Tonight we will be screening two films from this movement:

Deux fois is a 1968 experimental film by Jackie Raynal. Raynal stars in the film, her first as a director; she had previously worked for several years as a film editor, most notably for films in Éric Rohmer's "Six Moral Tales" series (she was, reportedly, the youngest professional editor in France at the time). The film's title, which literally translates as Twice and is sometimes translated into English as Twice Upon a Time, refers to the occasional repetition of scenes or actions.
Deux fois is one of the most notable of the Zanzibar Films, a group of feature-length experimental work made from 1968 to 1970 with the financing of Sylvina Boissonnas. It is also considered a landmark of feminist filmmaking. Raynal shot the film in nine days in Barcelona, Spain, casting a man she had met there, Francisco Viader, as one of the leads.
Regarding the film, the influential French critic Serge Daney wrote: "She put in her film the visionary crazed coldness of major paranoiacs. We also find the murderous, painful madness of Fritz Lang's great films, in which all the fiction is reduced to sketchy outlines, arabesques, leaving almost no trace."

If I wanted to convey the excitement of France in 1968, this brave, pleasure-driven provocation would undoubtedly carry me part of the way.

Pierre Clémenti is best known for his role as the suave gangster in Luis Buñuel’s Belle de Jour 1967, but his work as a writer, filmmaker and activist is being re-evaluated today as a crucial creative contribution. Clémenti collaborated with members of the Zanzibar group in the 1960s, and he fully embraced the lifestyle revolution ushered in by the ‘underground’: sexual liberation, anarchist agitation, aesthetic experimentation. An early champion of DIY formats such as Super 8, his ‘diary films’ are illuminating.

Half family photo album, half ciné-tract, La Revolution N'est Qu'un Debut: Continuous was shot in Paris during the events of May '68 and in Rome where the actor was featuring in the film Partner by Bertolucci. Rediscovered in a basement in 1999, this silent film appears to be one of Clémenti's most purely beautiful and concentrated works, at times recalling Brakhage and Eisenstein.