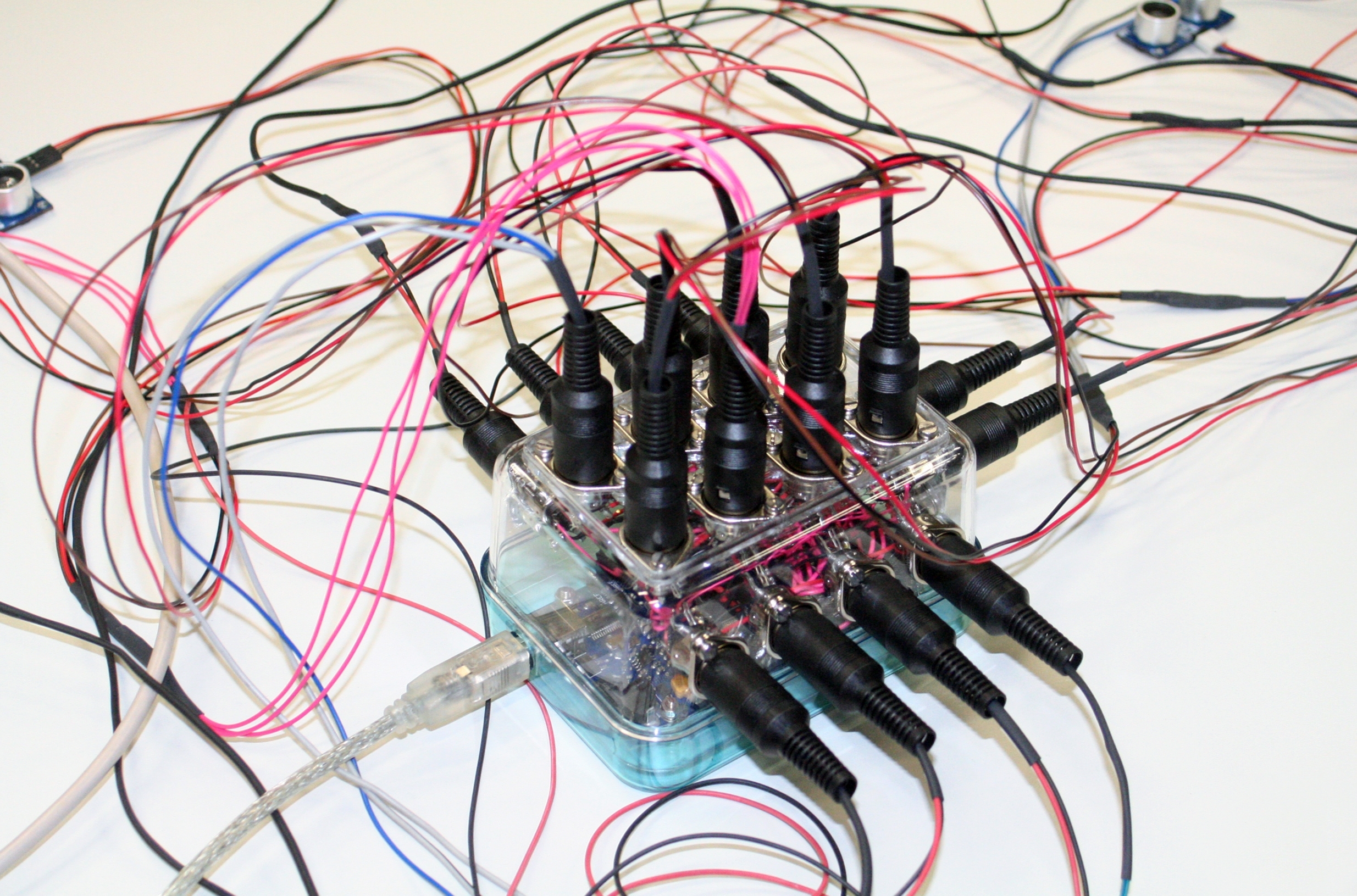 Sensors allow us to connect the physical world with the world of the machines. During this full-day workshop, participants will get to know the fundamental principles of interactive, sensor-based music systems that can be used for sound installations, live-performances and improvisation.

Topics covered during that workshop:

Participants are encouraged to bring their own laptops and arduino boards, if available.

Marko Timlin is a Finnish sound artist, musician and composer. His musical career began in the early 1990s, in London, before his subsequent move to former East Berlin, where he became part of the alternative electronic music scene there. In Berlin, he worked together with groups such as "Laub", "rope" and the "17 Hippies", and founded the band "tritop", one of Germany’s first live drum 'n' bass-bands.

Today, he develops his own electronic and digital musical instruments which he plays regularly at concerts. In addition to his concert activities, he designs sound installations, composes computer, theater and dance music, and holds workshops and seminars in colleges and universities.