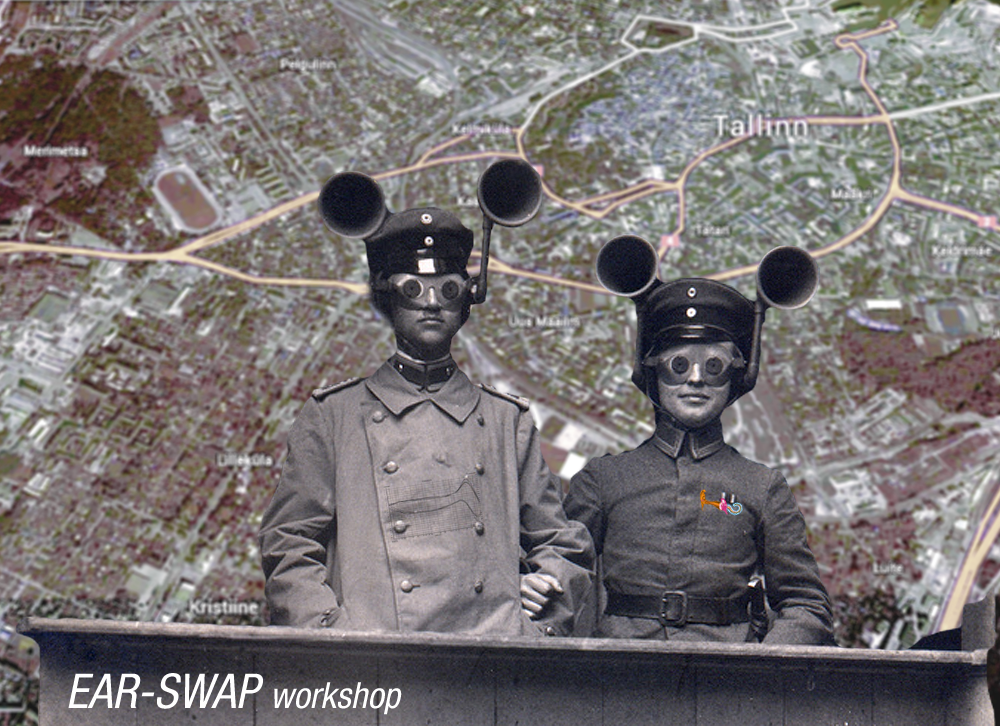 Ear Swap is a workshop in dislocating sound and experiencing public environments through the explorative movements of another person. Participants temporarily surrender to each other the ability to guide their own ears and thus lose the power to intervene with the sounds they hear, whilst being given absolute control over what is sent down the ear canals of another.

As well as allowing us to listen to various different public settings through the ears of someone else, the mediation method also singles out some frequencies above others (discriminating in favour of women and children), which serves to further distance the method from our regular system of hearing.

We will provide the technological equivalent of chopping each participant's ears off, mixing them all up and then attaching each set of ears to a new owner before heading down to Balti Jaam to catch the train.

The Ear Swap expedition team will travel by train, trolleybus and foot, through various auditory settings, for approximately one hour before returning to Ptarmigan to reinstall their hereditary ears. 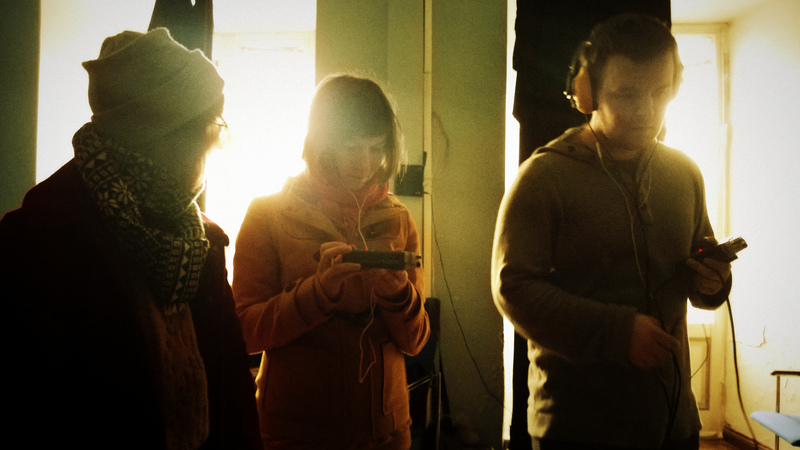