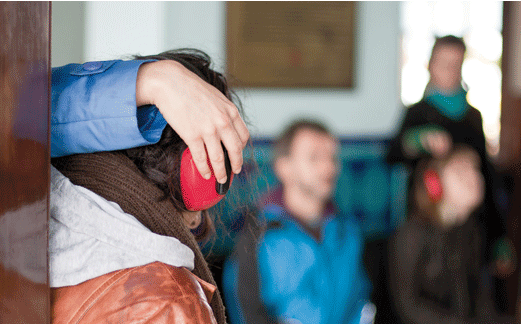 The aim of this workshop held by members of artistic collective Ici-Même is the creation of a Tallinn specific soundwalk. The workshop roots in Ici-Même´s concept of City sounds concerts and will be presented to public during the event of Tuned City Tallinn. As this workshop is mobile in nature, it will only meet at Ptarmigan initially at 12:00 on 28 June.

The City Sounds Concerts are blind walks within a moment of the sound environment. Without their sight, members of the audience let themselves being led through a edgeless, slow stroll. The experience shifts perception, playing on the ambiguities between reality and fiction. The addition and subtraction of sounds act as a sensorial revealer and extender. Little by little, a sensible and subjective landscape reconfigures. City Sounds Concerts are an almost motionless journey that reaches far away destinations…    "Ladies and Gentlemen, welcome to this experience within the sounds of this neighborhood […] For your comfort, it is preferable to take off  your glasses and big earings if you have some […] A luggage facility is at your disposal, in which you can left your bags and where you will find them back after the travel […] You can totally entrust our guides, who are long-time experienced professionals […] Take a few steps aside and choose the place that suits you […] When you are ready, close your eyes, it would be the signal for us that the travel can start."   The City Sounds Concerts are site-specific, they adapt and transform according to the environment in which they set. The actors/guides of Ici-Même compose the score of their walk with the sounds, lights, odors, densities and intensities of the city, inside and outside, empty and crowded, close and distant… The usages and habits of the city wear off, landmarks disappear and give way to a sensory and poetic experience of space.    Added sounds then slip within the real sounds, opening a fictional dimension. The City Sounds Concerts are using very simple, light and easily transportable equipment: noise-canceling headsets to transform the sensation of space and create an intimate dimension ; dictaphones and small amplifiers moving around and setting the sounds of the environment into motion, eventually moving to abstraction ; flashlights moving behind the eyelids ; small sound objects, sometimes found on the spot... all of which are designing the contours of a new and imaginary space…   Places and routes are chosen for the possibilities they offer. We have been performing them in many railway stations, their human activity and flux, their complex architecture, their quiet and hidden areas allow a great variety of contrasts. Before public performances, practice on location allow to explore the environment, to design the possible itineraries, as well as to negociate accesses, create a complicity with local users of the place. We develop an intimate relation with the place, that eventually gives way to improvisation, to being able to react to events and be taken by what happens during the walk.      Workshop Ici-Même invites you to become a guide and performer for the City Sounds Concerts in Tallinn. You will be practicing the very specific art of guiding people with closed eyes, composing with the sounds, lights, odors and events, playing and improvising with the city for an instrument.   About ten days will be dedicated to body practice, rehearsal and writing the "score" of the blind walks; the public performances will take place three times a day during Tuned City.   [ Workshop contact and further informations, write to Sam / Ici-Même : pali@palimeursault.net ]

Founded in 1993, Ici-Même [Grenoble] is a collective of variable shape, getting together three to thirty people according to different projects. The collective’s approach is deeply rooted in the urban space, as a place and an object for experimentation. Mixing sounds, images, objects, dance and speech, the artistic practice of Ici-Même is protean and cross-medias, and cancels out the boundaries between the fields of theatre, soundart, installation, performing arts, graphic design, architecture, photography, writing, video, field sociology… The creation process develops within the urban reality of the everyday life, productions are written and conceived in the public space where they eventually take shape. All of the environment is likely to be considered a perceptive and informative source matter for creation, which can be captured, recorded and collected. If the city might be understood as a geographical compound of axes and zones, bounded and identified areas and districts, it is also traversed by flows of activity or movement of people according to a very specific temporality that matches days, seasons, actuality… unremittingly shaping and reshaping its proper landscape by filling some spaces while leaving other places hollow, uncovering folds and interstices. Through a sensitive exploration of these “human territories”, Ici-Même calls to study the many usages of the public space and puts forward an art of the experimentation. 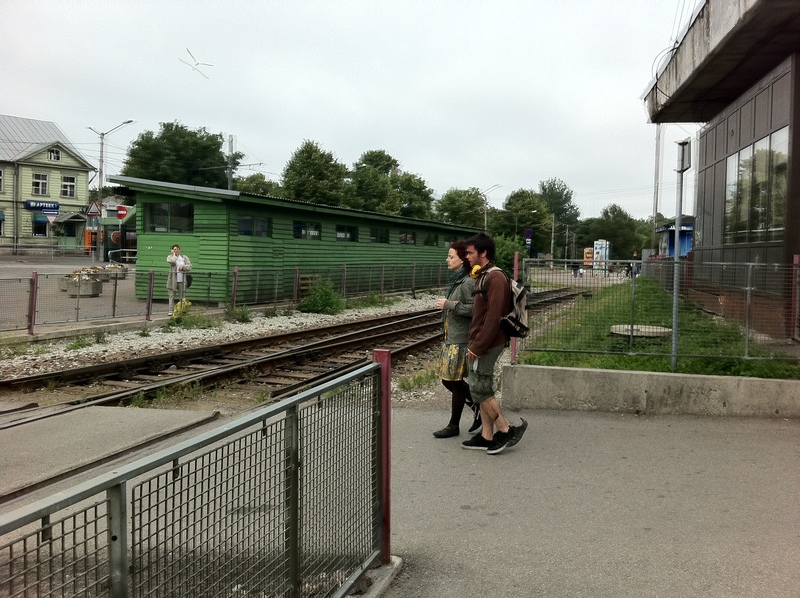