Artists : In the past 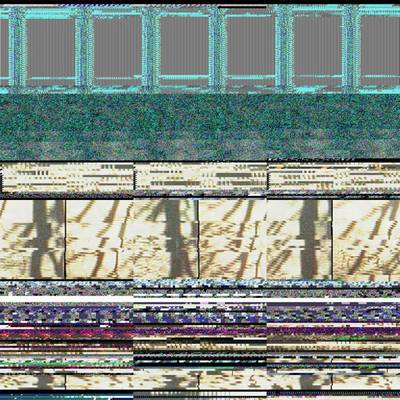 Ernest Truely is an artist from America working in the Estonian context. He lectures on New Media Art at Baltic Film and Media School and was a cornerstone of Culture Factory Polymer until his Ptarmigan sanctuary. During his time at Ptarmigan, Ernest will explore sustainability issues for contemporary artists, community development and constructing meaning from daily rituals. He addtionally will investigate the realm of glitch artwork, pushing into the tension between the real, virtual and fragmented in a search for the authentic digital original. 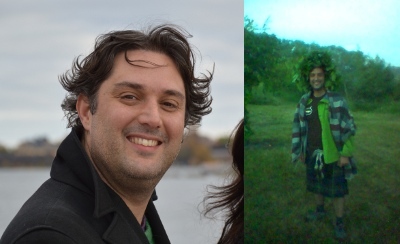 Andrew Gryf Paterson (b. 1974) is a Scottish artist-organiser, educator, cultural producer, and independent researcher, based in Helsinki, Finland. His practice over a 14 year period has involved variable roles of initiator, participant, author and curator, according to different collaborative and cross-disciplinary processes. Andrew has worked across the fields of media/ network/ environmental arts and activism, specialising in workshop design, participatory platforms for engagement, and facilitation. His research interests are: socially-engaged art; auto -ethnographic and -archaeological methodologies and theory; sustainability issues from the social, ecological and economic perspective.

Andrew has a multi-disciplinary education, with BA(Hons) Fine Arts from Glasgow School of Art, and a MSc degree in Computer-Aided Graphical Technology Applications from University of Teesside. He is currently completing his doctoral candidacy at Aalto University School of Art and Design, Media Department, with the working thesis title of “Artistic Practice as Fieldwork”, which reflects upon the various practice-led processes which he has been involved in since moving to the Eastern Baltic Sea region in 2003. Significant processes/projects refered to in the thesis include 'Herbologies/Foraging Networks' (2010); 'Alternative Economy Cultures' programme of Pixelache Helsinki Festival (2009); 'Clip Kino' in Kirjasto10 Helsinki library and other locations (2008 onwards); 'Hengitä.hankala hengittää' at Happihuone, Helsinki (2007), 'Add+PF+?' in the Pedagogical Factory programme at Hyde Park Art Centre, Chicago (2007); 'Tähtikuvitelma' for Valon Voimat Festival, Helsinki (2005); 'Locative Media Workshop: Rautatieasema' for Pixelache Helsinki Festival (2004/2006), 'Mapmyths' (2003-2004). Over this period, experience, reflections and findings have been written as articles in various cultural publications, and his methodology was published in the peer-reviewed Journal of Visual Art Studies (Intellect 2011).

Since the beginning of 2011 he has been the coordinator of the Pixelversity outreach & educational programme for Piknik Frequency ry. (producers of Pixelache Festival, Helsinki).

Andrew's residence is part of the Axis of Praxis programme in conjunction with MoKS, supported by Kulturkontakt Nord. 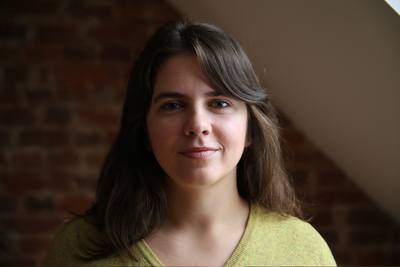 Born in Tartu, Estonia 1984. Based in Norway since 1997. Currently lives and works in Oslo.  BA from Bergen Art Academy and MA from Konstfack, Stockholm.

Anne-Liis works mainly with video installations based on relational and performative strategies. Her work explores notions of identity and community. The starting points of her latest work are scenes/situations from our everyday lives. She focuses on the subtle violence that often goes unnoticed as we are coexisting and inhabiting the public realm.

Throughout her practice she has been interested in how personal identity relates to collective or national identity and how the individual participates and negotiates his or her place in the current collective culture. She is interested in the feelings, images, stories, memories and fantasies that construct processes of identification influencing the distance towards that culture.

Anne-Liis often works collaboratively and one of the current projects is AtwoB, an artist group consisting of four artists originating from Denmark, Sweden, Estonia/Norway and Japan. In their practices they draw inspiration and knowledge from their individual, cultural and linguistic backgrounds in order to examine issues surrounding text, vocality, multilingualism and translation. Their work takes the form of performance-related activities, sound pieces and text-based works.

Anne-Liis's residence is part of the Axis of Praxis programme in conjunction with MoKS, supported by Kulturkontakt Nord.

One Divides Into Two, Two Doesn't Merge Into One 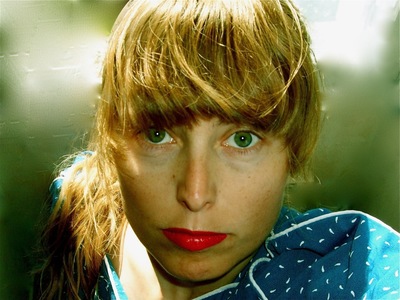 Camilla Graff Junior is a performance artist, curator and researcher born in Denmark in 1974. She holds a double Master's degree in performance studies from the Sorbonne Nouvelle University and the University of Copenhagen. She studied acting and contemporary dance at schools in Bergen and Paris, and directing at Queens College and at Robert Wilson Watermill Center in New York. She since 2007 lives and works in Berlin.

She is presently preparing a PhD project on ”autobiographical writing” at the Sorbonne Nouvelle University and together with visual artist Luisa Greenfield, coordinates the "Crossing Contexts: Artistic Interventions through Artistic Research" study circle at the Nordic Summer University. She is in addition organizing a series of labs entitled “Grammar, vocabulary and writing strategies of today’s stage” in collaboration the Danish National School of Theater.

As a curator, Camilla is associated with Month of Performance Art – Berlin and within this platform runs a three-year-program. The past year’s edition was on ”gender” and this year’s is on “autobiographical writing”.

As a performer, she participates in theatre, performance, contemporary dance, film, and video projects. She works with the film and stage directors: Richard Bean (FR), Richard Foreman (US), Sophie Haviland (US), Patricia Allio (FR), Léa Dant (FR), Nina Larissa Bassett (DK), Volker Schmidt (AT), and the collective performance groups Tomrummet (FR), Lis (IT), one hit wonder (DE), ici-même (Grenoble, FR) and the feminist action-group La Barbe (FR). In addition she is as an accordionist and vocalist, performing with projects like the punk-rock band Maiden Monsters (Berlin).

Since her teens she has conceived own performance, dance and theater works. In 1990 she initiated the "C Collection" - a frame where clothes are collected, redesigned, and then staged within the articulated triptych of “in space”, “on the body” and “in play”.

From 2002 Camilla has been artistic director of Giraff Graff, an independent performing art company doing site-specific pieces and crossover collaborations in the field of contemporary theater and performance. 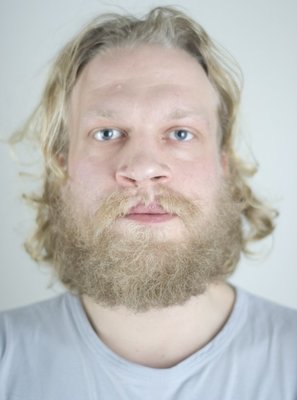 Karl Larsson's art is a reflection of the modern society, as an open question of its inhabitants search for a reason or purpose. This is not necessarily a critique of the modern human and their beliefs in different rules for the simplification of everyday life, but more as a transcript of everyday life through the artist's view. In his different projects, the artistic outcome isn't predicted by the shape or type of craft used. This can also be an expression of the artist’s need for change and new challenges as well as the contemporary search for mixture found beyond artistic expression. That is present in pieces made during studying (MA and post graduate diploma in Fine Art) where there is a mixture and blending from the starting point to the outcome of the work. This is not to be confused with a chaotic and undefined path in the artistic practice itself; Karl’s rather conventional and simplified pieces often become a starting point for existential questions, in which his point of view is less interesting than the viewer's own experience of the artifact in itself (and as a trigger of questions).

Karl was born in 1980 and has most recently lived in Malmö, Sweden. Karl has been working with a wide spectrum of artistic expressions. With an MA in fine art at Central Saint Martins 2009, and a diploma in light engineering, Karl’s artistic reference is in physical reality and how to embody it into different shapes and forms of experience. 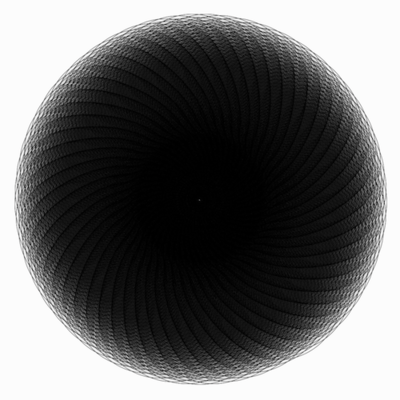 During his residence in Ptarmigan Tallinn (July and August 2013), Juan will present as performance and develop as a workshop his project Pulsar Kite, which proposes an exploration in the field of human interfaces, real-time sonification and generative sound. The aim of using a kite is to increase auditory, visual and haptic perception in a ludic manner.

Agnieszka Pokrywka (b. 1984) is educated both in fine arts (MA in Animated Film and Art Criticism from Poznan Academy of Fine Arts) and technical physics (MSc in Computer Simulations from Poznan University of Technology). She might appear as a new media artist, filmmaker, animator, graphic designer but most of all she is just a creator captivated by computing. That is why in her artistic creativity she uses mainly digital ways of expression (video, animation, interactive installation etc.) with a special interest in open source solutions. In Ptarmigan she will create Done Lab, an experimental space focused on making all sort of undone things done and creating a new sense out of unfinished passt in the reflective context of the present. 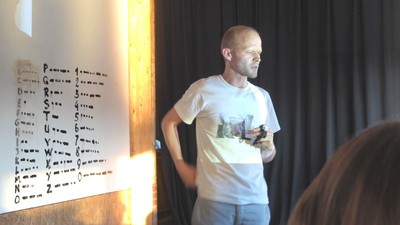 Mindaugas Gapševičius (b. 1974) is an artist, facilitator, and curator. He earned his MA at Vilnius Academy of Arts in 1999 and started his PhD at Goldsmiths University in 2010. The work of Mindaugas Gapševičius is to be associated with net art, software and interactive user interface. The artist conceptualizes the flow of digital information, analyzes its inner logic and modes of application.

Mindaugas (aka Miga) will be spearheading the (Il)legal Aesthetics programme at Ptarmigan this spring. His residency is supported by Kulturkontakt Nord's Mobility Programme.