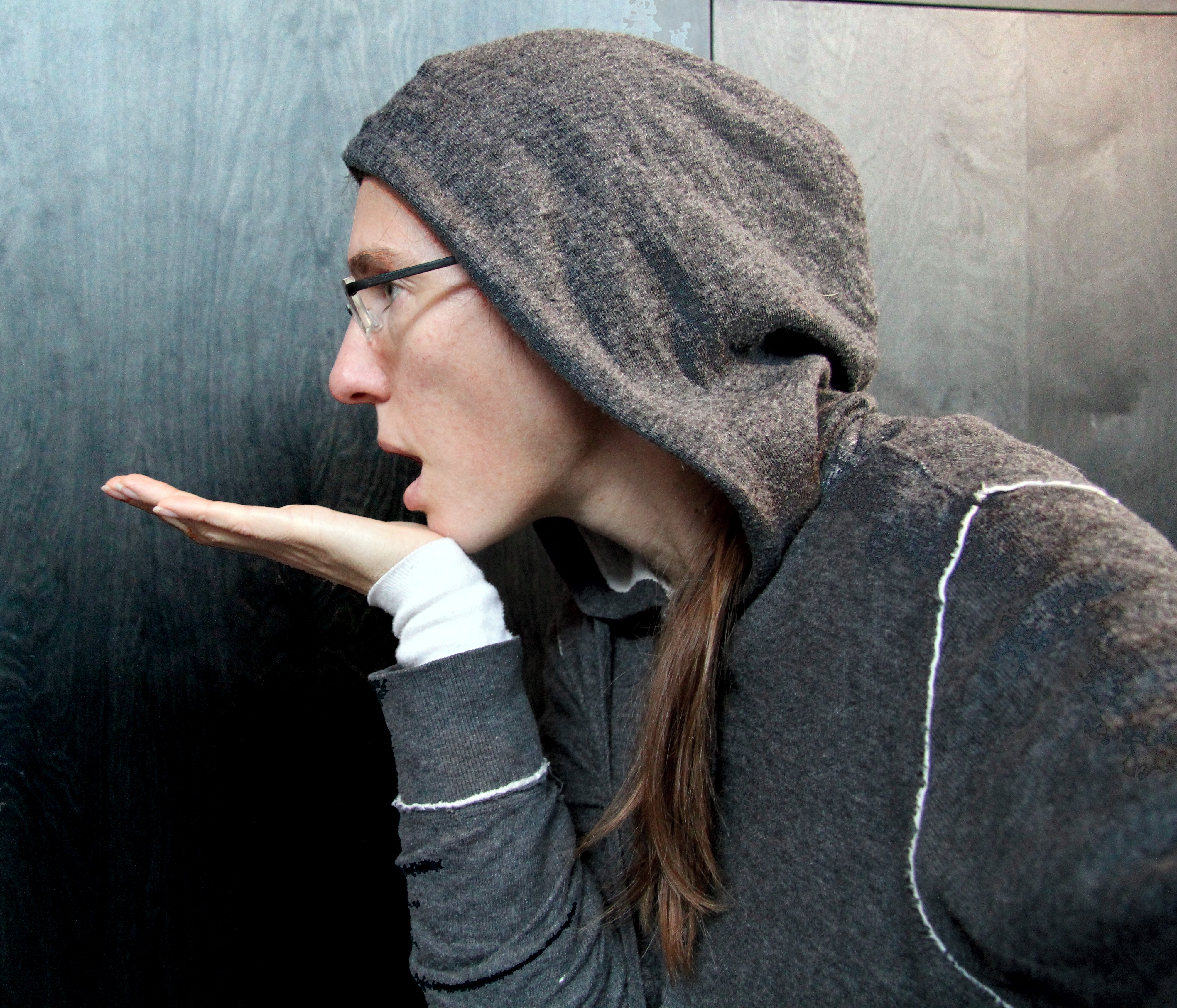 The voice is the most human instrument. In using it and expanding its meaning, listening to the sound of it, and deconstructing it, we learn about us and our body; we grow and gain self awareness.

The human voice consists of sound made by a human being using the vocal folds. Its frequency ranges from about 60 to 7000 Hz. The mechanism for generating the human voice can be subdivided into three parts; the lungs, the vocal folds within the larynx, and the articulators. The lung (the pump) must produce adequate airflow and air pressure to vibrate vocal folds (this air pressure is the fuel of the voice). The vocal folds (vocal cords) are a vibrating valve that chops up the airflow from the lungs into audible pulses that form the laryngeal sound source. The muscles of the larynx adjust the length and tension of the vocal folds to ‘fine tune’ pitch and tone. The articulators (the parts of the vocal tract above the larynx consisting of tongue, palate, cheek, lips, etc.) articulate and filter the sound emanating from the larynx and to some degree can interact with the laryngeal airflow to strengthen it or weaken it as a sound source.

The vocal folds, in combination with the articulators, are capable of producing highly intricate arrays of sound. The tone of voice may be modulated to suggest emotions such as anger, surprise or contentment. (excerpt wikipedia)

Antye Greie (AGF) works with a group of people with voice, space, processing and editing.

No previous experiences are required for this workshop. The workshop is open for all people all ages, interested in experiments between voice, perception, sound processing. Workshop participation is free but limited to 12 people, so early registration is required.


Bio:
Antye Greie, also know as AGF, was born and raised in East Germany. She is a vocalist, digital songwriter, producer, performer, e-poet, calligrapher, digital media artist and producer. In the last decade Greie released 20 full length records and played over 300 live performances worldwide. The start of her solo work was marked by the artistic exploration of digital technology. On her first solo album HEAD SLASH BAUCH (Orthlorng Musork 2001), she converted fragments of HTML scripts and software handbooks into a form of electronic poetry and deconstructed pop and produced quite some output since than trough variouse media.

Now she works with strangers for a couple of years to make voice experiments which result in audio recordings. It is not about singing rather voicing.
Inspired by an ancient art form called Yoik of the Sami tribe (stateless folk in northern Scandinavia) Greie started to imitate and voice along wind, waves, weather. On the other hand through the subtle and careful work with Eliane Radigue Greie is looking for a rather contained and organized sound in that field of voice expression.
In 2011 she formed a community choir in Hailuoto, Finland (where she now lives). The group has created and practiced a series of sound pieces as well as poetry experiments. http://www.poemproducer.com/