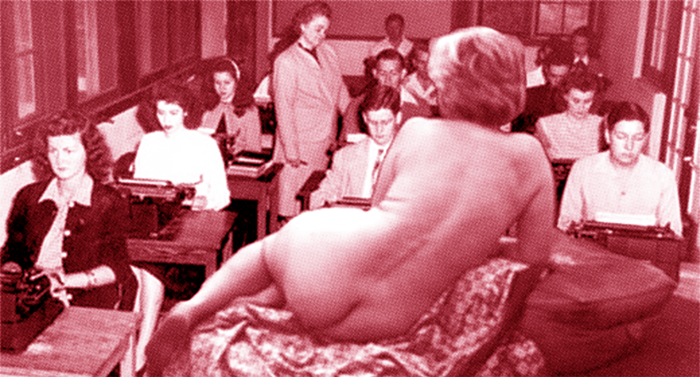 Okayokay, when we tried this in February it was -lots degrees outside so a room packed full of people combined with pumping on the heating to keep the models alive meant +woaah degrees indoors and led to outcry on twitter :

It smells like teen spirit and hobo hot yoga in here.

However, the experience was memorable in a predominantly positive manner and requests flooded/trickled in for a repeat event. Anyone returning for a second round of writing, expect a more comfortable atmosphere, temperature and olfactory environment; for those who missed the first event - this is your chance.

An evening class in figure writing with a nude model. The class will cover a series of short, 10 minute poses to get the ink running as well as some longer poses, in which the writers can experiment with their preferred techniques in greater depth. During the evening we will explore writing the figure in black & white; tonal writing; colour; chiaroscuro text; the figure in their environment and the figure in motion.

Participants should bring with them writing tools of their choice (pen and paper, typewriter, laptop...) though pens and paper will also be available during the class for those who require them.