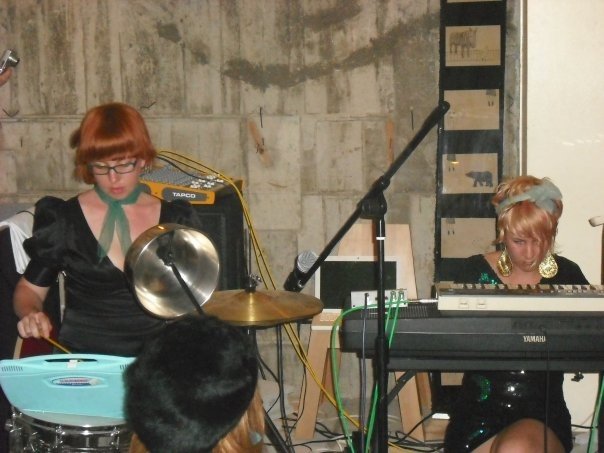 Dinosauruxia!
Dinosauruxia is a dreamy two piece electronic lo-fi band whose music is radiant and beautiful as fossil foundings and as lace from the space above.

Dollface are two girls from Australia playing keyboards, drums and tap shoes drumming out sweet lofi songs. Their performances are highly evocative, idiosyncratic, and involve unusual arrangements of pop sensibilities. Utilising an array of instruments, the band assemble their tunes with spontaneity and humour. The melodies are reminiscent of eerie soundtracks fused with twinkly pop.
scraps...
Scraps was formed in 2006 by a shy bedroom artist. Unwilling to participate, scraps slowly unveiled a tightly clustered conglomerate of collected sounds and hummings. Startled and stage frightened, scraps played at first, hidden behind sheets and curtains, churning out raw melodic love songs laced with luke-warm-hearted-bitterness and bossa-nova.
http://www.myspace.com/sssscrapssss

Simon Morris
"It's actually like, what do you call it, reverse loops?  It's playing stuff backwards, basically, in a live real-time setting...."