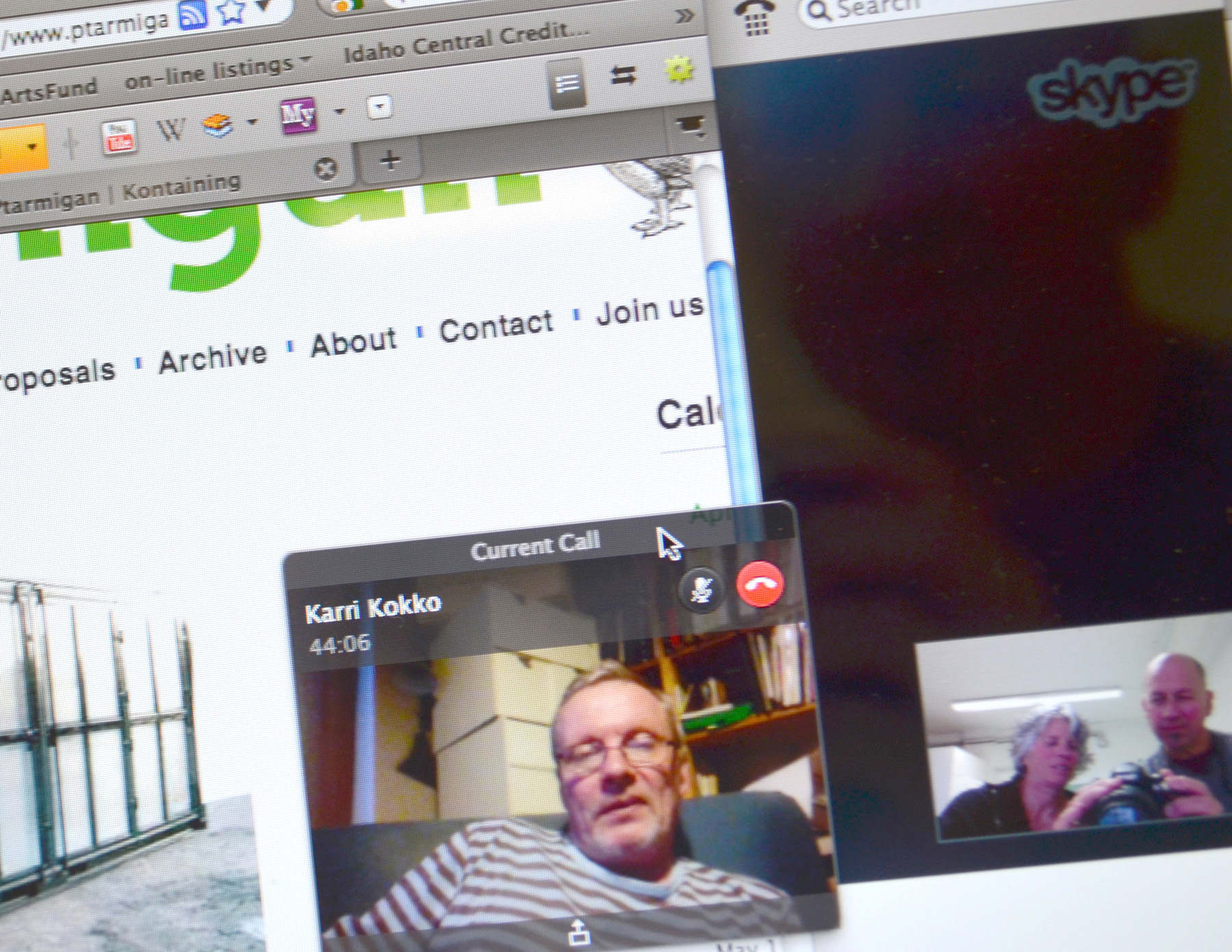 Karri Kokko is a Finnish poet, living and working in Helsinki, Finland. He has published fourteen books, ranging from lyrical poetry to conceptual writing. His most famous book, Shadow Finlandia (2005), is a collage of found material, sentences lifted from personal blogs that deal with depression, anxiety, and addiction. Apart from writing, he also produces visual and digital poetry. In July 2009, he conducted an international Visual Poetry Workshop in Saari Residence, Finland, with poets Geof Huth and Christian Bök, among others. In April 2012 he curated, with British poet and curator Tony Trehy, an international show of visual poetry and textual art, called TextArt -- Poetry to be Looked At, for Tampere Art Museum, Finland.

Garibaldi and Zmolek have directed Thick Dance/Theatre, Giant Refreshed, Omulu Capoeira Sul, Omulu Performance Group, Callous Physical Theatre, Blister Youth Ensemble, and Barefoot Studios in San Francisco, Los Angeles, Seattle and Southeast Idaho; creating collaborative works with internationally renowned masters of Capoeira, Flamenco, Kathak, Taiko, Congolese and Chinese dance as well as original, evening-length, intermedia performance works in collaboration with visual and performing artists from throughout the United States and Europe.  Their participation in Kontaining, is made possible, in part, by support from Idaho State University and the Idaho Commission on the Arts.