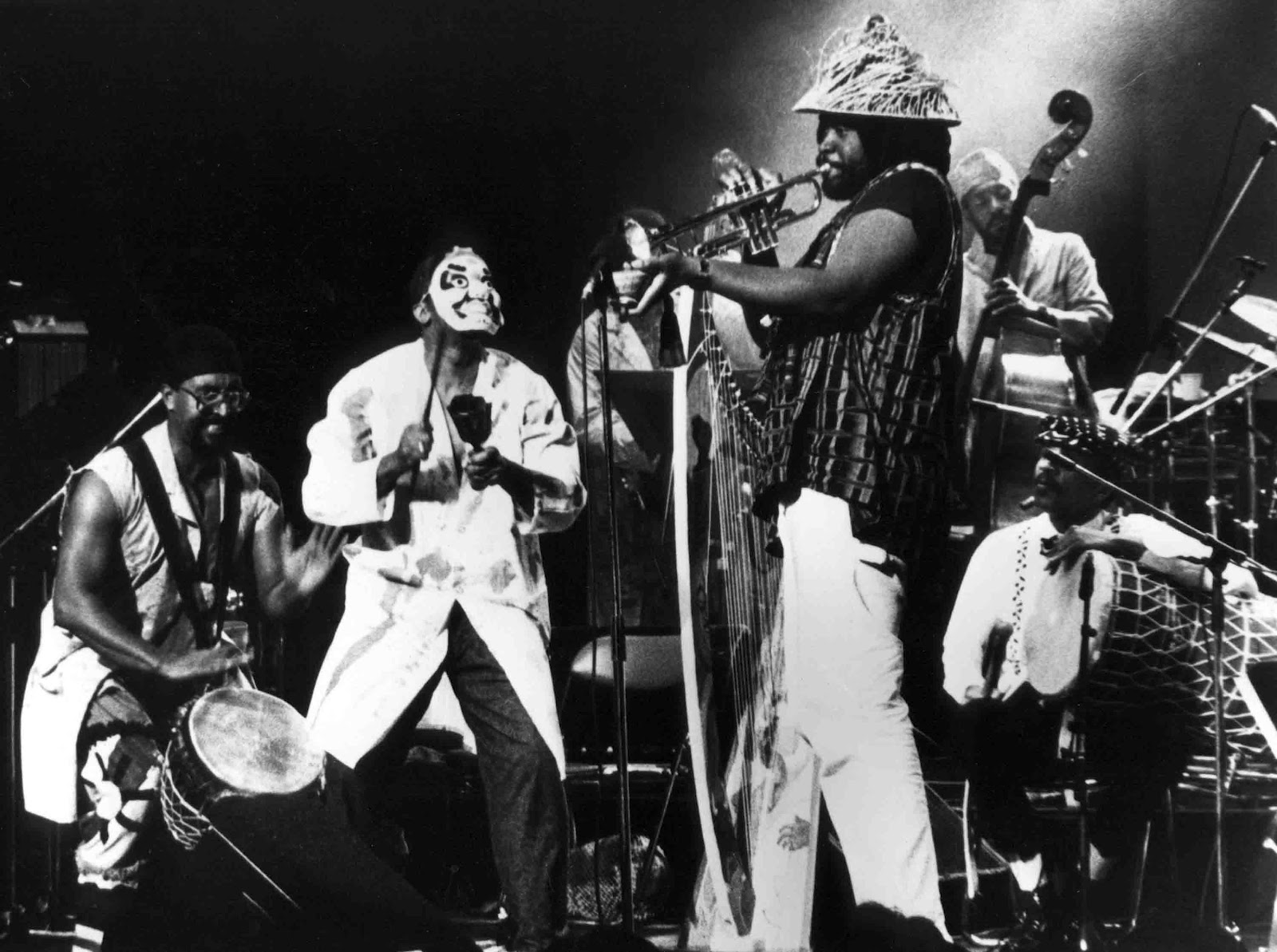 ** Seminar will be available for remote participation via Skype! Please register here and include your Skype username to be invited to the call! **

This is a seminar/class that will meet several times this summer to explore the evolution of the Association for the Advancement of Creative Musicians (AACM). The meetings will begin in the mid-late 1960’s and follow the development of the AACM, mainly looking at the Art Ensemble of Chicago as central figures, up through the late 1970s.

Each week we will listen together to AACM recordings, discuss our thoughts and ideas, and share food and drink. The principal text will be George E. Lewis’s book A Power Stronger Than Itself: The AACM and American Experimental Music, but we will supplement each meeting with additional readings that span theory, criticism and other themes related to their work. We will explicitly examine the organisational elements of the AACM, as an association that supports artistic research against the grain of commercial pressure, seeking strategies that may be applicable to our creative ventures today. Additionally, we’ll look for parallel developments in non-AACM art and music from these times.

At our first meeting. we'll begin our investigation in the mid-1960s by looking at movements of black American artists uniting in formal organisations. We’ll look at the Black Arts Movement in New York, which formed around writing and poetry, as an influence on and precursor to the AACM (which was founded in 1965). Recordings from this period will span 1967-1968, specifically the work of prominent members of the yet-unformed Art Ensemble of Chicago, then working in different groups; and Muhal Richard Abrams, whose Experimental Band is considered the genesis of the AACM.

Let us know if you are coming and feel free to bring food and drink to share!